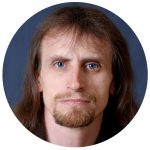 The author of more than 100 scientific publications, more than 10 textbooks and teaching aids.

The first representative of the movement is the philosophical practice in Chelyabinsk. 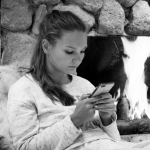 Regina Penner is Candidate of Philosophy, Associate Professor of the Department of Philosophy in South Ural State University, an active member of the international group “Deep Philosophy”.

The author of about 70 scientific publications, including the monograph “Philosophical Practice in Higher Education”, 2 articles (WoS), 1 article (Scopus), 15 articles (VAK). 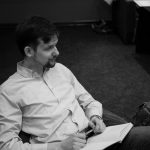 The author of about 30 scientific publications. 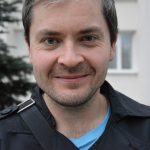 Author of about 100 scientific publications, including the book The Epoch of Futuropluralism: Human of the Future, 2 articles (WoS), 1 article (Scopus), 20 articles (VAK).

In 2015, in an out-of-class mode, the students and guests of the university offered a new form of philosophical talks – a movie seminar. After watching the film and reading the philosophical excerpt, students and guests of the university discuss the problems of the classical distopia and its implementation in modern times (2015-2016); ecology, questions about the environment and human consciousness and human activity in this environment (2017-2018). 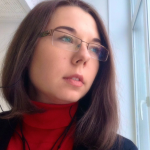 Vasilisa Klenovskaya is a lecturer at the Department of Philosophy in South Ural State University, currently studies “Philosophy” as post-graduate student.

The author of about 10 publications, including, teaching aids and articles (WoS). 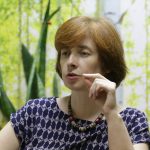 Svetlana Dinaburg is a senior lecturer at the Department of Philosophy in and Law in Perm National Research Polytechnic University, a post-graduate student in Philosophy, a practicing psychologist and psychotherapist.

Author of more than 10 scientific publications.